Usually I do my DIY projects on Wednesday, but I am postponing it until Friday. This is due to the following reasons: first, I have an extremely busy week; second, the weather is fabulous and we were outside all day, and I watched Fashion Star last night at 10:00 on NBC.  It was worth it though!  I love the concept of the show.  It showcases 14 designers and they are mentored by a panel of 3 mentors:  Jessica Simpson, John Varvatos, and Nicole Richie. These 14 designers have an opportunity each week to have their line purchased by three buyers from Macy's, Saks Fifth Avenue, and/or H&M. At the end of the season, one designer will get a contract for six million dollars for their collection.  There were six designers who had their lines bought last night. Out of those six, I had three favorites. My first is Orly Shani whose line is called Tuc and Wes, which is Cut and Sew backwards (clever). Her design was a convertible mini skirt. I liked her skirt because it was really two skirts in one. I love this concept even though this might not be a skirt I would wear, just because of the length.

My second favorite designer was Sarah Parrott.  I loved her new take on the little black dress that was purchased by H&M. She made this shift dress (shown below) in black, black leather, and teal. This would be a dress that I would wear and might be a future purchase. I think besides her design, I think it is fabulous that she is a mom and has not had any professional training.
Last, for the men, I loved Nzimiro Oputa sport's jacket. I adore this classic look on men and can't wait to see more from him.
My last few thoughts on the show are:  I wish I knew how these 14 designers were picked for the show. I found it interesting that many of the designers that received buys did not have have any professional training, but had drive, heart, and humility.  The designers that were arrogant, I felt, got a reality check, and I am interested in how they will learn from this experience for next week. There were a few designers that I could see causing some drama on the cast, (Oscar), so we will see how that pans out. Did you watch the show? Do you think you will? Did you have a favorite designer?
Posted by Unknown at 12:48 PM

Thanks so much for taking the time to comment. I love hearing from you ... 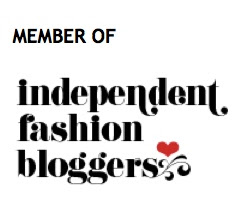 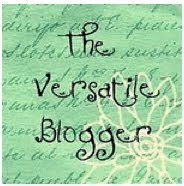 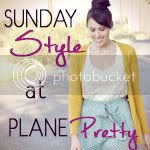